The Duramax-powered, mid-size Chevy Colorado has plenty of the towing capability while also maximizes the efficiency. With the available off-road hardware, it can also transform to the capable rock-climber and trail runner but the model also provides enough of the comfort and modern tech.

The 2019 Chevy Colorado Diesel recently revealed what it has to offer and the changes are not radical. The model introduces new color options, adds a new seat in some trims, and Chevy also upgrades the infotainment system. The diesel powerplant can again be equipped in all versions except the base trim. 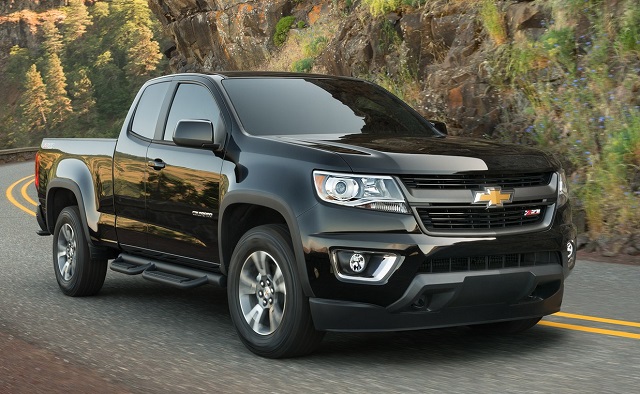 Chevy didn’t make radical changes on the styling of the 2019 Chevy Colorado Diesel and more we should see on the refreshed 2020 model. In the meantime, the newest Colorado deletes several colors while adding three new. The buyers will have new options for Crush, Pacific Blue Metallic, and Shadow Gray Metallic.

The cabin of mid-size Colorado is, however, the peace where Chevy introduces more changes.

The in-car technology upgrades don’t stop there as the model gains the new Chevy Infotainment system. The system starts with the 7-inch touchscreen and upgrades to the 8-inch unit in upper grades. The system should prove more responsive, better personalized and provides upgraded software. 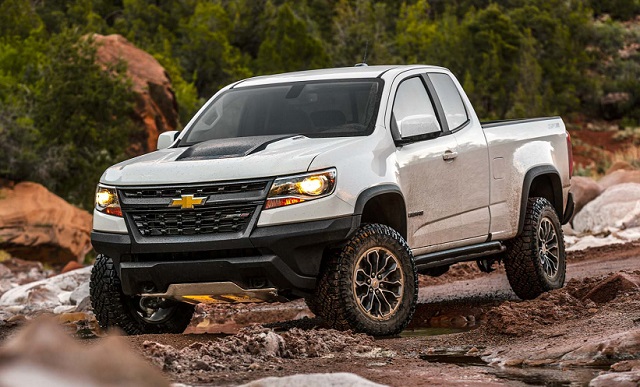 The 2019 Chevy Colorado Diesel doesn’t upgrade on the performance front. The model returns with the tested Duramax diesel engine and mechanics we get on the current version.

The 2.8-liter Duramax four-cylinder diesel keeps the horsepower at 181 hp while the max torque of 369 lb-ft is available from just 2, 000 rpm. The engine is again in the pair with the six-speed automatic transmission. The two- and four-wheel drive also remain the choice.

The Duramax engine under the hood of Colorado guarantees up to 7, 700 pounds of towing. The most of the payload capacity provides the V-6 petrol-powered Colorado.

The 2019 Chevy Colorado Diesel will come this fall. The price will start from $20, 400 for the base version but with the Duramax engine under the hood, it will have the starting position in the high-20, 000.