The all-new, fourth generation Silverado 1500 is here for the 2019 model year and the model made improvements in all aspects. The new half-ton Silverado sits on the new high-tensile steel chassis and has a more streamlined body with the new exterior design. The model is larger but lost 450 pounds in the process and comes with the latest tech and comfort equipment. The number of options is also almost uncountable and just the number of engines is five. The revised V-6 and V-8 units from the current generation will be joined with the 3.0-liter turbodiesel I6 and the 2.7-liter turbo-4 petrol. The transmissions also count to three and trim level to eight.

So, the new model switches from the base equipped models to high-luxury High Country version. Somewhere in the middle are the off-road-focused TrailBoss and LT variants. However, the latest reports also suggest that Chevy may have yet another version in the mind. The firm is allegedly considering the return of the performance and on-road oriented SS or SuperSport version. The high-performance model could arrive as the 2019 Chevy Silverado SS and should apply the familiar recipe with the new design language. 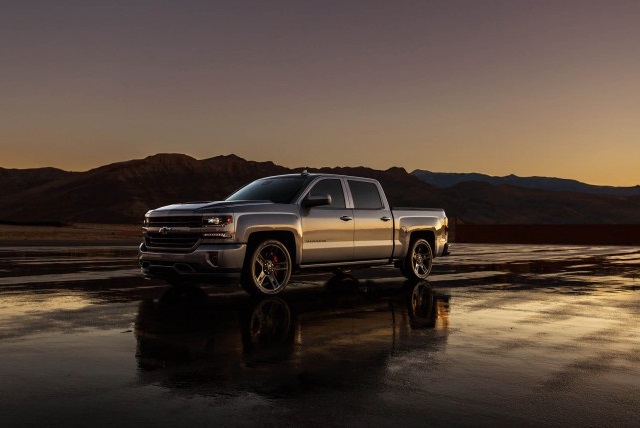 Based on the rumors in the industry, the Silverado SS version might return on the road and the similar recipe from the mid-2000s model should be applied to the fourth-generation light-duty Silverado.

The 2019 Chevy Silverado SS should highlight its high-performance nature with upgraded and sportier exterior. The model should have a more aggressive hood and bumpers with the body color treatment on bumpers. The current design should also be boosted with the smoked headlights and taillights.

The street-performance version should also ride on the 20-inch alloy wheels with larger options available. The sportier suspension would also keep the model lower to the ground.

Inside the cabin, the SS version should also get a sportier theme design. The sports seats with unique textures and special contrasting pieces throughout the cab should also make it attractive for the buyers. It will likely offer cloth and leather upholstery options.

The sports steering wheels and gauge cluster should also make the difference while the model would get the latest infotainment, tech and safety features from the new-gen Silverado. 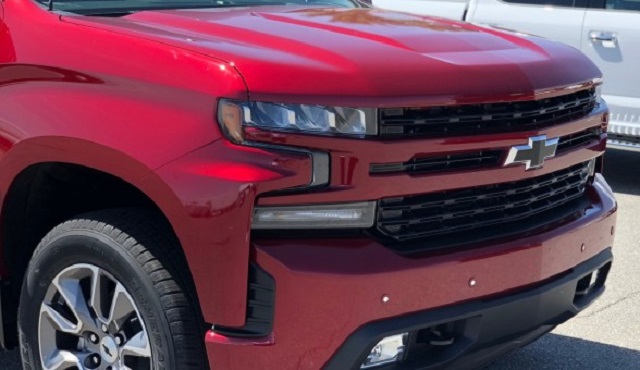 When it comes to performance, the 2019 Chevy Silverado SS should get high power engine version and upgraded suspension. The high-performance suspension would put the model lower to the ground to improve stability.

The engine could be one of the available V-8 units with some level of improvements. The previous version of the Silverado SS used a 6.0-liter V-8 engine with 345 hp and torque of 380 pound-feet. The later upgrades also included a 5.3-liter supercharged V-8 with 450 hp.

The new version could use the revised V-8 engines from the new-gen version with some improvements and new transmission system. The revised 6.2-liter V-8 makes 420 hp with the 10-speed auto gearbox. Chevy might upgrade these units to make more hp or use another engine from its sports cars.

Chevy hasn’t commented on the rumors about 2019 Chevy Silverado SS. With the growing number of styles, the street-performance version would open new possibilities in the truck market, so we shouldn’t exclude this sort of the model in the near future. The price of this model could go as high as $50k.