Chevy introduced the third-generation Silverado HD for 2014 and the buyers who need greater pulling and loading capability than the recently, redesigned light-duty Silverado can deliver, will soon get the completely overhauled heavy-duty models. General Motors revealed that the next-generation Silverado HD will reach the production in the last quarter of 2019 while the debut should take place early that year.

Chevy has already launched the teaser image of the all-new Silverado HD showing the front-end section of the Duramax-powered Z71 version but remains silent about the other specs. However, numerous test mules spotted on the roads and spy photos give us also some insight to model’s design and interior while the performance of the model won’t appear before the approaching debut. Among the test versions caught testing the ¾-ton 2020 Chevy Silverado 2500 HD was also in front of the public’s eye. Here is what we know so far and what we expect. 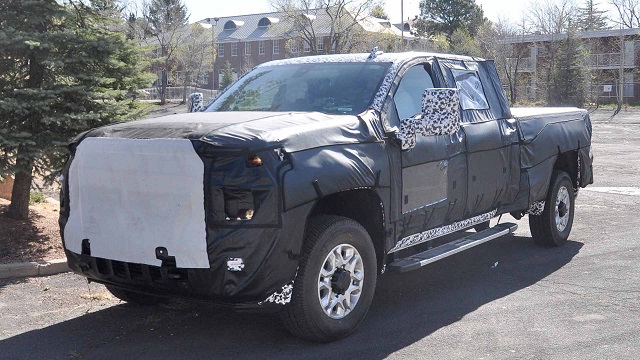 Chevy hasn’t yet revealed details what structural upgrades the prototype models hide under the camo. However, there is no doubt that the brand will apply the similar strategy as it was the case with the smaller, light-duty Silverado. So, the 2020 Chevy Silverado 2500 HD and the larger 3500 HD model will sit on the reinforced chassis where the engineers will use the high-tensile steel in high percent while the swing body panels will be aluminum-based. Like the half-ton Silverado, the HD models should also lose around 400 pounds while could also gain longer wheelbase.

Visually, the Silverado HD will get the new front-end design and a more streamlined body. The teaser image reveals the unique front fascia with the hood scoop and the special treatment of the grille. The chrome strip with the CHEVROLET letters splits the front side and the newly designed headlights which should mean that Chevy will make some distinction between the light-duty and HD models. The different grille versions will, of course, appear depending on the trim version and the model will also get the new bumpers, tailgate and softer body lines.

On the inside, we should expect the design in line with what we get in the light-duty Silverado. The center stack will have the same layout with the screen between the air vents and knobs and control bellow. The instrument cluster should, however, sport unique design compared to the smaller Silverado.

The truck will also come with the new-generation infotainment system and newly introduced safety equipment. The truck will gain some advanced safety systems while will also bring the fresh material and texture options. We should also expect a more interior comfort thanks to the stretched wheelbase. 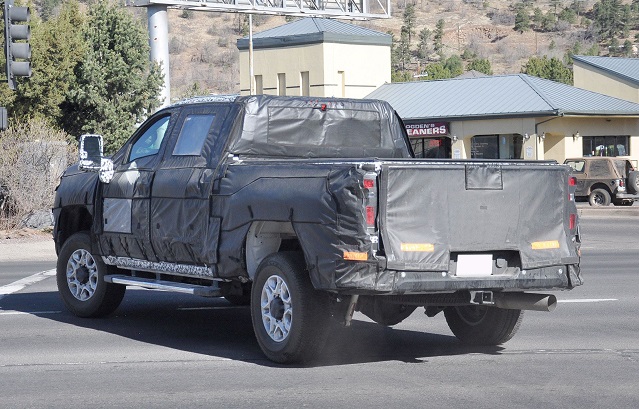 When it comes to the mechanics, the 2020 Chevy Silverado 2500 HD will get a more capable chassis and improved suspension. The engine options should mimic the current lineup but in the improved form.  Chevy should also bring the new transmission system. But the precise details will appear after the debut.

The new-generation version will provide better performance and efficiency and the new transmission will also contribute to that based on some reports. The improved structural rigidity will also boost he towing capability but we will see how the model rates in the class after the debut.

The 2020 Chevy Silverado 2500 HD should lose the wraps at the next Detroit Auto Show. The models will go on sale later in the year and with the price slightly higher than the current version.