Ford’s trucks continue to outsell everything that moves on- and off-road in the US and the light-duty F-150 is the country best-seller. This truck comes in many shapes and styles and diverse powering options. The option that stands out from the F-150 lineup is the supercar among the trucks, the Ford F-150 Raptor. This special version specialized dirt and gravel trails but performs well on the tarmac as well. The successful full-size Raptor has just got the litter brother as Ford presented recently the mid-size Ranger Raptor powered by the diesel mill outside the US while it should be EcoBoosted the stateside.

The current F-150 Raptor is based on the redesigned 2015 F-150 and arrived for the 2017 model year. Ford refreshed the best-selling truck for the 2018 version inside and out and reworked engine lineup adding also the diesel version. The refresh, however, missed the Raptor version. For the next model year, the 2019 Ford F-150 Raptor won’t also receive the mid-cycle update as we learned from the latest reports. Ford promised the hybridized F-150 for the 2020 version and the same model year should also bring the refreshed Raptor version. We witnessed that Ranger Raptor applied the same recipe as the bigger brother but we still waiting for the engine version in the US model. 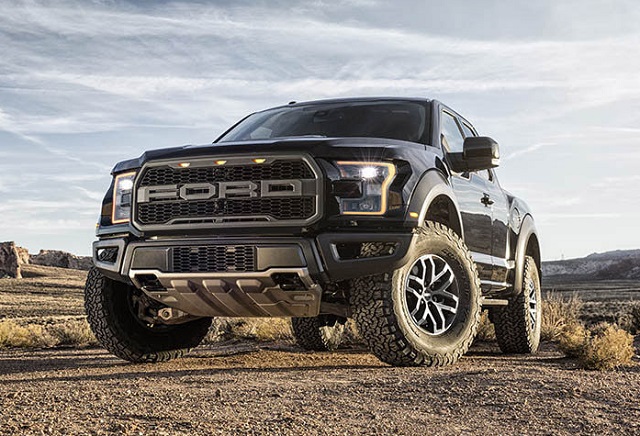 The Ford-150 Raptor has the appearance that clearly shows its special purpose. The model has unique front fascia with the Raptor-branded grille which doesn’t use the two-bar style like the standard versions yet sports FORD block letters and marker lights. The similar grille also dominates on the front section of the Ranger Raptor.

This truck also has a wider track for extra stability plus unique bumpers, underbody protection and different fender flares. It rolls on the 17-inch wheels with all-terrain tires and comes in two cab styles, the SuperCab and SuperCrew cab.

The 2019 Ford F-150 Raptor is expected to look the same as the current version and 2020 version should exhibit some styling tweaks.

Inside the cabin, the Raptor version looks modern and delivers spacious seating. The control placement is good which provides easier manipulation. The cabin also offers various storage places and cupholders.

The interior comes with cloth and leather upholstery while unique accents also provide special feel. The truck will also possess the latest version of the powerful and responsive SYNC infotainment system and strong sound system.

The front bucket seats can be heated and ventilated and with 10-way power functionality. The truck can also install surround view cameras, lane-keeping system, heated steering wheel, power pedals and much more. 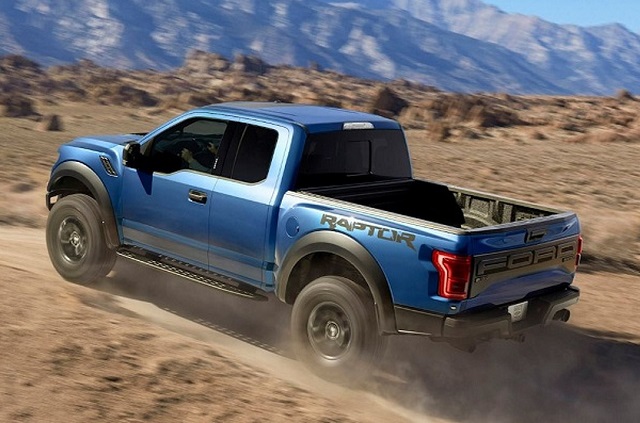 The looks and comfort are fine but the performance is what really counts. The 2019 Ford F-150 Raptor will likely rely on the same hardware while reports promise upgrades for the 2020 version.

This truck has strengthened chassis and unique suspension designed to tackle all kind of terrains. The Fox Racing performance underpinning provide 13-inches of the front travel and an inch more in the rear. The truck also exploits the Torque-on demand transfer case and Terrain Management system switches between six modes. The electronically locking rear differential also boosts the off-road performance.

Under the hood, the 3.5-liter bi-turbo EcoBoost V-6 light and powerful engine makes 450 horsepower and 510 pound-feet of torque in the current form. The engine will operate with the standard all-wheel drive system and 10-speed automatic transmission.