Ford has been ahead of the completion in the truck industry for decades but it hasn’t also been outperformed when you need the truck version to take you off-road. The F-150-based Raptor might soon get the adequate rival if Ram brings the Hellcat-powered TRX model but it could take a while.

In the meantime, the Raptor remains the off-road king and with several significant upgrades, Ford made the mighty Raptor even better for the 2019 model year. Ford offers the Recaro seats and more importantly the new Fox Racing Shocks and Trail Control System. On the other hand, Ford said that one Raptor version is enough for the US and the smaller Ranger won’t get the Raptor version stateside.

For the next model year, Ford should bring the hybrid version of the best-selling F-150, while the 2020 Ford F-150 Raptor will stay in the same form. After the 2019 update, Ford could just offer several new features like the color options and updated tech. 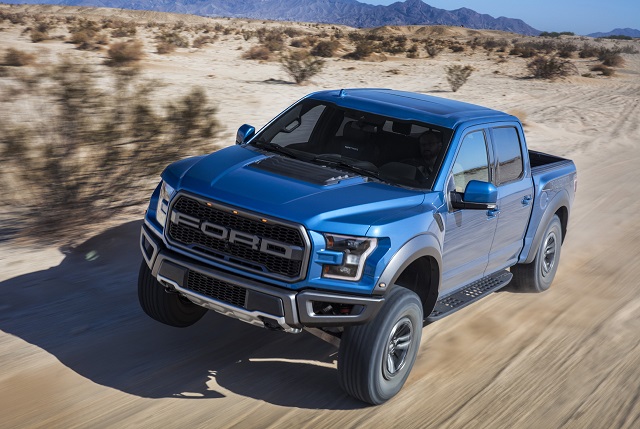 As the things now stand, the 2020 Ford F-150 Raptor won’t change anything on its mighty hardware. With the upgraded shocks and new Trail Control system the Raptor is even more capable and controlled off-road and there won’t be significant improvements for a few years.

The truck will again get the high-performance 3.5-liter twin-turbo V-6 engine mixed with the 10-speed automatic transmission. The intercooled DOHC 24 valve engine exploits also the port and direct injection and the power delivery is up to 450 hp while the torque limit is 510 lb-ft.

The Raptor will also use capable four-wheel drive system assisted by the Terrain Management System with seven drive modes. More electronics it employs to make the drive easier with the recently introduced Trail Control System. This system allows the driver to set the speed between 1-20 mph and then controls the throttle and brakes while the driver can focus on the course.

But to make things softer on the harsh terrains, the Raptor uses also the sophisticated suspension components.  The Fox internal Bypass Live Valve Shocks with 3-inch diameter has nine damping zones and can change the damping level in every 40 milliseconds. Based on the inputs from the steering, throttle, ride height sensors, brakes, etc., the system adjusts damping and provides smooths as possible ride over the rugged terrains. 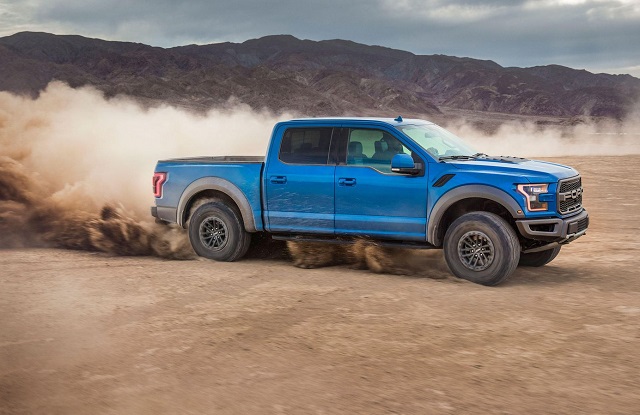 From the visual perspective, the F-150 Raptor also looks mighty and the new model year won’t bring significant changes in that regard.

The wider track and fenders, plus all-terrain tires and lifted suspension add to model’s presence and improves truck’s stability and off-road capability. The Raptor-branded, dark grille with the FORD letters also define its identity and the model also has more Raptor signatures on the profile side.