The Honda Ridgeline is the unique, unibody design pickup truck. The SUV-based underpinning provides class-superb handling and drive comfort while the model also owns a highly versatile cargo box. The Ridgeline can’t, however, match the mid-size towing ratings but surely offers the most of utility buyers need. The truck was all-new for the 2017 model year and the 2018 version is here with few minor changes.

The 2019 Honda Ridgeline isn’t also expected to bring radical changes. Honda will update equipment offer and probably add new special edition version. In the near future, we should expect more substantial changes as Honda promised hybridized powertrain for its light-truck range and probably the addition of the turbocharged engine option. The styling will also evolve like in brand’s most recent models. However, that should happen with next mid-cycle update for the 2020 or 2021 version. 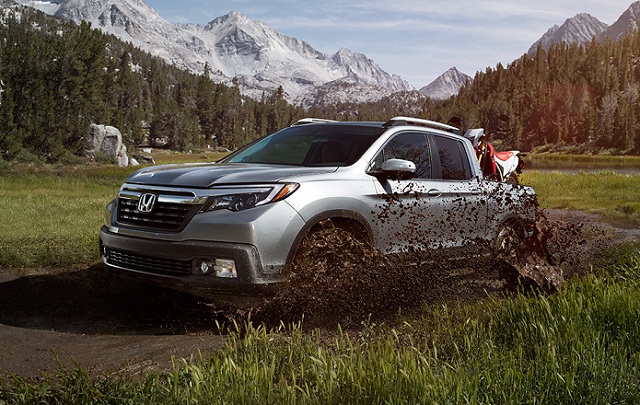 The 2019 Honda Ridgeline won’t introduce radical styling changes as the model was recently redesigned. The Ridgeline continues to the new model year with the Pilot SUV-based platform and this model influenced styling. The front section of the model and profile panels until the cargo bed resembles Pilot’s body design. The model comes with the crew-body style only and has a multi-functional tailgate.

The cabin of the new Ridgeline won’t also come with significant upgrades. The Pilot-inspired design is again obvious inside and passengers can enjoy passenger car-like comfort and features. The model has easy to detect and use controls and modern tech and safety systems.

The smaller and larger touchscreen options will be offered and the truck will also be available with upscale comfort and convenience features. 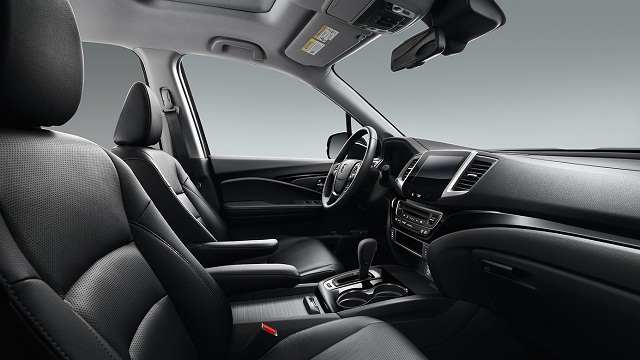 Honda promised recently to offer the hybridized powertrain option for its entire light-truck range in the near future. The hybrid powertrain will use a similar design as in the recent Accord hybrid. The redesigned sedan also ditched naturally aspirated engines and we also expect to see the turbocharged option in the upcoming versions of the Ridgeline. Accord’s new 2.0-liter turbo-4 replaced the V-6 unit and with 252 hp and 273 pound-feet of torque, it would also fit great under the Ridgeline’s hood.

However, the 2019 version will likely stick with the current V-6 engine while new options might appear with the next mid-cycle update. The 3.5-liter V-6 engine produces 280 hp and torque of 262 pound-feet. The current Ridgeline uses six-speed automatic transmission but the model could soon get the shifter with more gears.

The Ridgeline has SUV-like suspension and optional all-wheel drive with the rear torque-vectoring system for the class unmatched handling and ride agility.  It can still tow useful 5, 000 pounds.

The new 2019 Honda Ridgeline will go on sale in the second part of the year. The price range will stay in the neighborhood of $30-44k.