Infiniti had several Concept models in last few years which previewed the arrival of its improved SUV models. We saw the QX50 Concept at the 2016 Beijing and the QX80 Monograph Concept announced the updated 2018 QX80 SUV. However, rumors appeared now that after the introduction of Mercedes’ X-Class Pickup Truck, Infiniti could be another brand considering to enter the luxury pickup truck market.

Buyers are now purchasing all kind of pickup trucks worldwide and they don’t hesitate to pick the luxury-equipped versions. Nissan’s luxury division Infiniti has a wide range of crossover SUV models in the market and entering the pickup market could open the new niche for earning the money. However, Infiniti hasn’t yet commented on the rumors about its pickup version. On the other hand, some idea already appeared about Infiniti’s pickup truck design. Rumors suggest that Infiniti could first launch the Infiniti Pickup Truck Concept version and feel the reaction from the market. 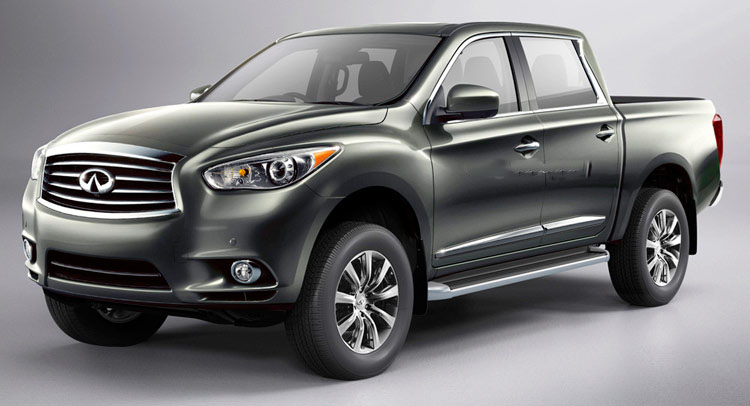 When it comes to the design of the Infiniti Pickup Truck Concept, rumors suggesting that Infiniti would not build its truck from the ground up. That would be expensive and time-consuming and yet Infiniti can borrow the platform from the parent company Nissan. Nissan has already established itself as the successful pickup truck maker and has globally popular mid-size Navara. Everybody now knows that Mercedes borrowed Navara’s proven platform and if Infiniti is to come out with the Concept model, Navara’s platform will likely underpin the model.

On the other hand, the styling would be Infiniti’s. The Concept truck would adopt brand’ latest styling language we can see on the recently redesigned models. Of course, the concept versions would add some additional flourishes although brand’s recent SUV Concepts had almost production-ready stylings.

So, if the truck Concept comes on the stage we will likely see some form of brand’s signature grille combined with slim, accentuated headlights. The sheet metal would likely adopt some curves around the fenders and hood like brands SUVs. We also expect (if model appears) it will come with the four-door cab style.

As for the interior, we don’t have many details coming either from the company or rumors. In any case, if Infiniti launches the Concept truck version, we would likely see some form of the interior design we already have in the recently redesigned models. Infiniti would use high-quality upholstery combined with contrasting accents and the latest electronic features. 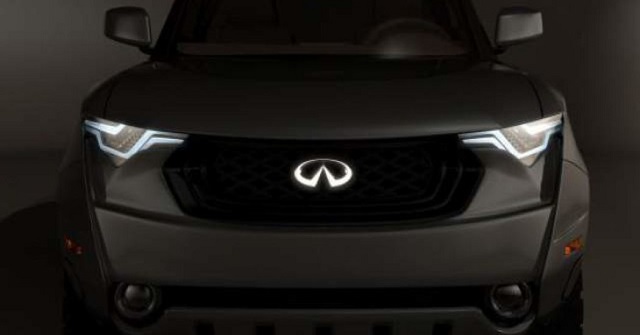 When it comes to the powertrain, Infiniti introduced the new, variable compression turbocharged engines or VCT in some models. The new design changes between different compression ratios to provide better efficiency or performance. However, the largest SUV in Infiniti’s range still exploits the 400 hp 5.6-liter V-6 engine.

Since Infiniti hasn’t provided any hint about the possible Infiniti Pickup Truck Concept, if it appears it could use any type of the engine. Infiniti could use already available V-6 or V-8 engine or go with new, smaller and turbocharged unit.