The legendary off-road specialist Land Rover Defender is undergoing testing as it will soon join the market as the new-generation vehicle. The model hasn’t been on the production lines for several years but the company has a great interest to bring the new model. The new Defender is spotted testing but Land Rover still hides important details about the new generation version. The legendary SUV is expected to break covers for brand’s 70th anniversary late in the year and go on sale as the 2019 model.

Based on what we know so far, the brand is prepping entire family of the new Defenders. The model will be new, premium-priced off-roader available in short and long wheelbase versions with two and four doors. The soft and hard top options will also be available and Land Rover will also deliver performance and high-luxury versions. However, Land Rover will also offer the version for the buyers who like the pickup truck body design. The truck version is expected to arrive after the conventional body versions, possibly as the 2019 Land Rover Defender Truck. 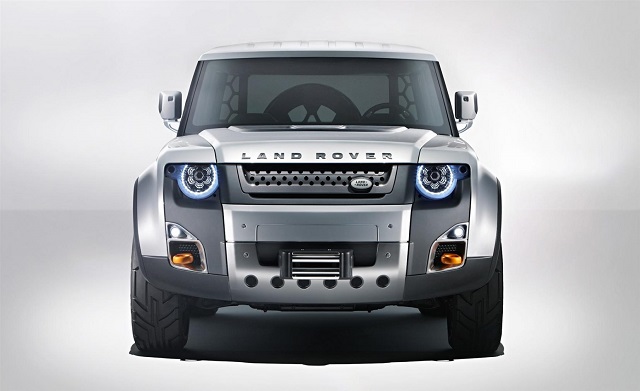 The new-generation Defender was spotted testing the short wheelbase version but with the adapted body of the Range Rover Sport. So, the Land Rover was inspecting the mechanics of the model and was very successful in hiding details from the public.

Based on the reports, the new-gen Defender would depart from the design we saw on the DC 100 Concepts since 2011. Initially, the Defender was expected for the 2015 model year launch and with the styling cues from the DC100 Concepts. However, Land Rover will reportedly change the course and won’t offer the new interpretation of the old design. The new version will keep just a few cues from the previous design while will adopt more refined styling cues and will keep impressive approach and departure angles.

The model will have an aluminum-intensive body and will ride on Land Rover’s lightweight PLA unibody architecture. This platform underpins Range Rover and Discovery SUVs.

The 2019 Land Rover Defender Truck will adopt the longest wheelbase version to provide room for the cargo box. The styling, except the cargo bed section and the tailgate, will share a design with the SUV versions.

The interiors will likely be in line with the design we get in brand’s latest models. There will be different levels of the material quality and equipment. What is sure the new Defender and the pickup version will equip the latest technology and safety features. The base versions will also deliver the number of modern systems and there will also be impressive off-road equipment. 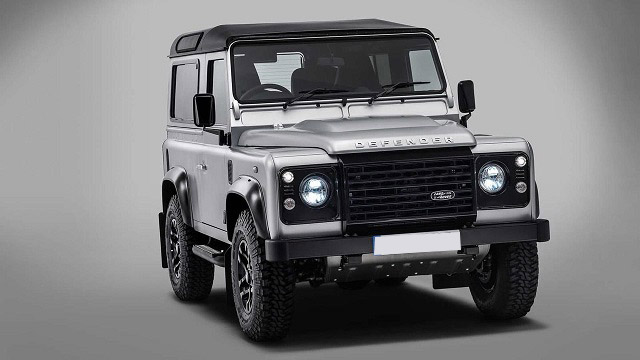 When it comes to the running hardware, Land Rover will combine the new, lightweight structure with the serious off-road equipment which will defend model’s supreme off-roading heritage. What’s more, land rover promises more refined but also “even more capable” Defender. The models will use low-range transfer case combined with the two differential locks. The new Defender will also keep the live rear axle.

For the engine options, the Defender will go with the Ingenium family of engines. Outside the US buyers will get the diesel-powered version. The options for the US versions should include a 2.0-liter turbocharged four-cylinder engine. A more potent version will likely get a 3.0-liter supercharged V-6 unit.

The new-generation Defender will likely debut late this year and go to the market in 2019. The truck version isn’t sure as the 2019 Land Rover Defender Truck as it could arrive for another model year.

As for the price, Land Rover claims more premium-priced off-road model than the new Wrangler. The truck would also get the premium price sticker.