While the pickup trucks have been the perennial best-sellers in the US the growing number of trucks is also sold in other markets. However, while buyers in the US prefer full-size models, the mid-sizers are in the focus in the global market. This segment has seen many upgraded of facelifted models recently and the main battle is between the Ford Ranger and Toyota Hilux. However, there are also other models worth considering. The Mazda BT-50 is one example of the great all-rounder powered by the gutsy engine and uniquely styled. But this model isn’t refined as more up-to-date rivals and has been in the shadow of the Ford Ranger which previous-generation platform it uses.

The things could, however, become “more premium” for the next generation BT-50 as the company promises to push it upper in the market ladder and improve sales. The new-generation BT-50 will be developed as the joint venture with the Isuzu. So, the redesigned truck will ditch Ranger’s platform and adopt new styling that is closer to brand’s latest design language. However, buyers should not be too excited as the all-new BT-50 isn’t close to the production. The new-gen BT-50 could debut in 2019 as the 2020 version in the best-case scenario but we would likely have to wait a bit more. In the meantime, Mazda hasn’t planned to update its ute. So, don’t expect too much form the 2019 Mazda BT-50 as it will likely be the repeat of the current form. 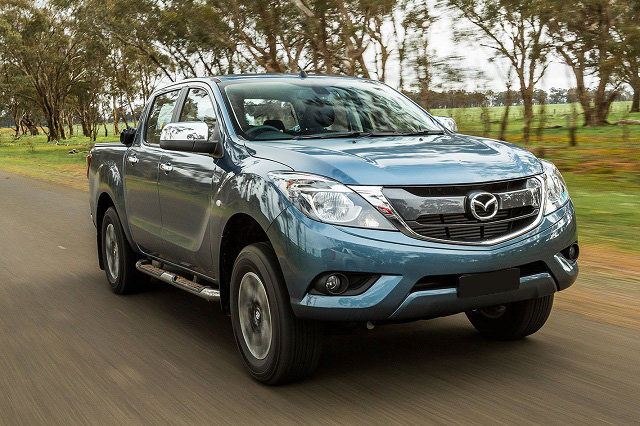 As mentioned, the BT-50 will switch from Ranger’s platform, which is all-new for the 2019 model year, and will share the bones with the Isuzu truck. What Mazda also promised, the new-gen Bt-50 will also ditch its smiley front face design for more curvaceous lines and less polarizing face like on Mazda’s recent SUVs.

However, before the new-generation BT-50 arrives, the 2019 Mazda BT-50 will again smile with its familiar face and exterior design. The model will again be available in many configuration options including the chassis cab versions.

The interior of the 2019 BT-50 will also be a familiar story while the next generation will move upmarket. The model will feature simple but functional interior design and will include useful storage compartments.

The in-cab controls are also easy to detect and use and the model will also offer plenty of friendly necessities. There will be 12V power outlets and USB ports. The truck will also include easy to use Alpine infotainment system and available 8-inch touchscreen. Buyers will also have a chance to get for the sat nav, six-speaker sound system, dual-zone climate control, leather steering wheel, rearview camera, etc. However, the model will likely return with out of the active safety aids. 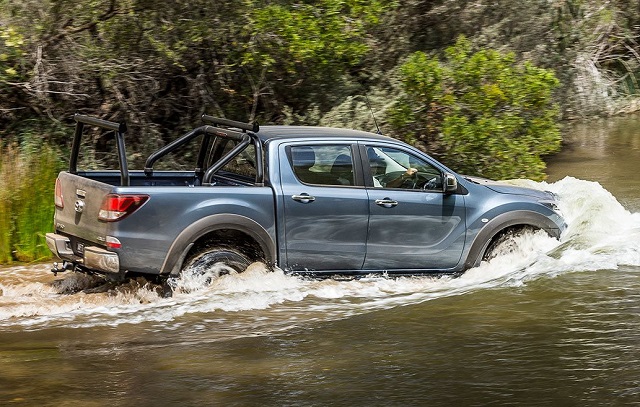 When it comes to the power system, the 2019 Mazda BT-50 will work very well. Buyers will get the best from the proven 3.2-liter five-cylinder turbodiesel. This engine works in the combination with the six-speed automatic gearbox. The power it provides is 147 kW (197 hp) and torque is 470 Nm between 1750 and 2500 rpm.

The 2019 Mazda BT-50 will reach global markets by the end of the year. The prices will stay close to the current levels.