The Mitsubishi Triton has a high status in the global, mid-size pickup truck market among rivals such as the iconic Toyota Hilux, new Ford Ranger, Nisan Navara, VW Amarok among others. The Triton comes in a wide range of specifications and provides performance, efficiency, towing capability and driving refinement at the high level.

With the last redesign in 2015 and annual upgrades, the Triton is still fresh and appealing but with the growing number of models and demands, the model must stay in the race and Mitsubishi was recently spotted while testing the updated Triton.

Mitsubishi hasn’t revealed details about the update but obviously, the 2019 Mitsubishi Triton will come in the line with the recent brand’s model regarding the styling. The major mechanical upgrades are not expected but some handling and ride calibration is likely. The interior should also see some refinements and we should also get more modern features. 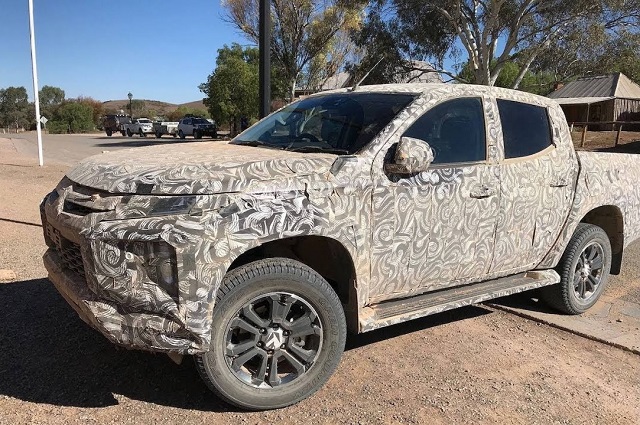 It seems that is time for the Mitsubishi Triton to get in the line with brand’s other models in terms of the styling. Mitsubishi hasn’t confirmed but based on the spy photos the 2019 Mitsubishi Triton traded the current somewhat odd front fascia styling for brand’s signature “Dynamic Shield” design.

So, expect the front section of the model to adopt the similar design theme as the Pajero Sport with Dynamic Shield grille and front bumper section and in the combination with the new narrower and modern headlights.

The fog lights also seem to have a new design and the prototype also appears to have flattened fender flares compared to the current version. The taillights should also come with the revised graphics while the main contours and body lines will remain.

Inside the cabin, we should also expect some improvements such as fresh materials and textures and updated switchgear. The infotainment system will support the latest features and we could see an introduction of the more luxurious trim option. Mitsubishi will likely add more safety tech and active systems to catch the recently updated models in the class.

The model will again appear in the trio of body styles and a number of specifications ranging from the work-oriented two-door model to techier and luxury appointed versions. 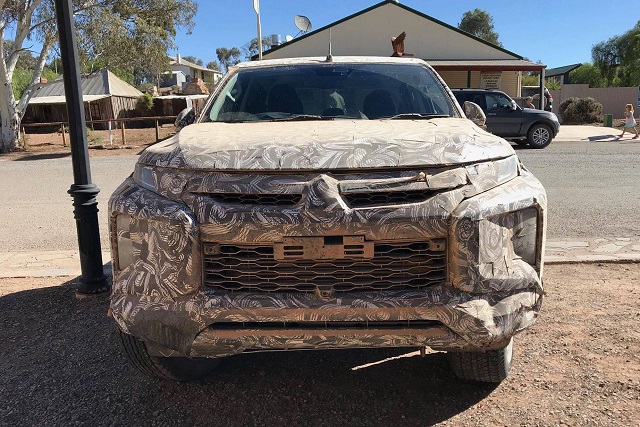 When it comes to the mechanics, we shouldn’t expect much new from the refreshed 2019 Mitsubishi Triton. The model will likely appear with the same engine options again while Mitsubishi will likely calibrate the suspension and handling for an even more composed ride.

A modern construction 2.4-liter MIVEC diesel four-cylinder engine will reappear in two states of tune. A less powerful version makes 151 hp in the current version and it will likely stay there. A more powerful version is now at 178 horsepower and 470 Nm of torque but with the possible introduction if the new 8-speed automatic transmission, the model could gain better power and torque ratings.

The Triton will provide the maximum towing weight of around 3, 500 kg and in the load area, it will allow over 1, 000 kg. The model will also offer the Super Select active four-wheel drive in upper-grade models for better all-road capability.

The price of the 2019 Mitsubishi Triton will likely see a small increase over the current price range. The release will be later this year.