It has become hotter in the mid-size truck segment with the return of the Ford Ranger and the Raptor version is also in the works. GM’s duo is also expected for the close update while the Toyota Tacoma was updated recently. The Nissan Frontier is, however, the oldest design among the mid-sizers and uses platform that comes from the mid-2000s. The good news is that Nissan confirmed the new-generation of the Frontier but wasn’t specific about the release date and specs. The model could arrive as the 2019 Nissan Frontier or even appear at the end of the decade.

The design will likely use the global Navara platform and similar styling cues. Nissan also hinted the V-6 engine version which will also be the part of the larger Titan. However, it’s still unclear when this engine will find the way to the full-size Titan and it should coincide with the arrival of the new-gen Frontier as some report claim. 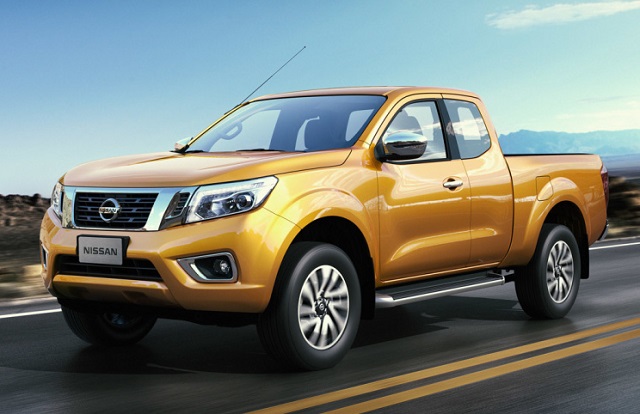 Nissan hasn’t confirmed but all chances are that 2019 Nissan Frontier (or 2020 Frontier) would use the global Navara as the basis. The well-proven platform of this recently resigned truck also underpins Mercedes X-Class and Renault Alaskan trucks. The same recipe applied  Ford and the US Ranger is derived from the global version.

However, there is more potentially good news related to the new-generation Frontier as the written-off Xterra SUV could get the successor. This Frontier-based SUV could follow the arrival of redesigned Frontier as Nissan already introduced the Navara-based SUV in China where it goes as the Terra and replacement for the Paladin.

As for the styling of the new Frontier, it should look similar to the good-looking, global Navara. The truck will have smooth body lines and bold V-motion grille combined with modern headlights. It should again be available in two body style and bed lengths.

How will the new Frontier look inside is also the mystery but we don’t expect it to stray far from the global version design. The truck will get latest infotainment platform and upgraded materials compared to the current generation. Nissan will also upgrade the safety aspect with the introduction of active safety systems which become the common thing in the segment. 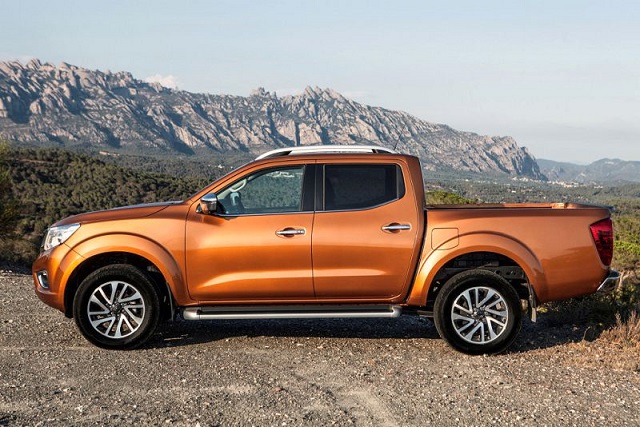 When it comes to powertrain, Nissan promised a V-6 engine powered Frontier and also announced the same number of cylinders for the Titian truck. However, buyers are already waiting for the V-6 option in the Titian since the all-new version arrived and Nissan hasn’t still said the arrival date. We don’t also know what version of the V-6 Nissan bears in the mind.

The global Navara, on another hand, uses 2.3-liter turbodiesel engines with the single and bi-turbo setups. The current Frontier goes on the 2.5-liter inline-4 and 4.0-liter V-6. The transmissions would likely be the 6-speed manual and 7-speed automatic as it is the case in the global model.

What will excite buyers is the hint that Nissan is considering the performance version to go challenge the Ranger Raptor. The popular PRO-4X version is the sure bet.

According to some reports, the 2019 Nissan Frontier would appear by the end of this year. The new platform and more refined design will surely increase the price from the current starting $18, 990 to the level around the price of GM’s mid-sizers.