The global pickup market has recently got the reworked Ranger and its performance Raptor version. VW also refreshed the Amarok recently and other brands also improve their trucks while Mercedes’ X-Class arrived as the all-new model. On the other hand, Toyota redesigned its ‘unbreakable” Hilux for the 2016 model year and the eight generation Hilux is expected to expand its range further and offer buyers what they want, more diverse options.

Toyota already presented the facelifted Hilux for the Thailand market where the buyer will get new top-range versions which will introduce unique styling while lower versions will continue in the familiar form. Toyota hasn’t changed the engine offer and hasn’t said many details about new equipment. The new version will go on sale in the second quarter of the year and more details should appear soon. We should expect similar treatment for other markets where these will likely debut on the 2019 Toyota Hilux version. 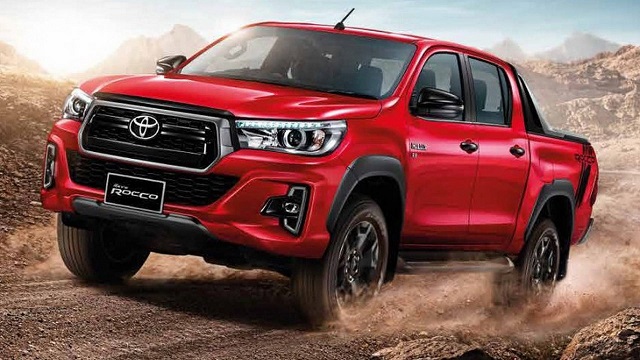 It hasn’t been confirmed for other markets but we expect similar changes as those presented for the Thailand Hilux version. That means new trim options with altered styling while the current trims will keep the current form.

The 2019 Toyota Hilux will introduce new grille version for the upper-grade versions which is the smaller version of the hexagonal design we can see on the US Tacoma pickup truck. The front section will also receive new bumper with more attractive sculpting including larger openings. The headlights appear to have an unchanged design.

The new versions will also get off-road protection gear like the skid plates and lower body cladding, new graphic, unique fog lights and the most rugged version will also include unique alloys and all-terrain tires.

The new versions will also get unique interior accents and equipment but won’t differ much from the current form. The Hilux has the well-isolated cabin and employs durable and attractive materials. The dash also has simple and easy-to-use controls.

The model will offer up-to-date infotainment system with the latest features and diverse luxury and sporty options. There will be different cab styles and bed combinations but the off-road altered version will likely come with the most commodious cabin. 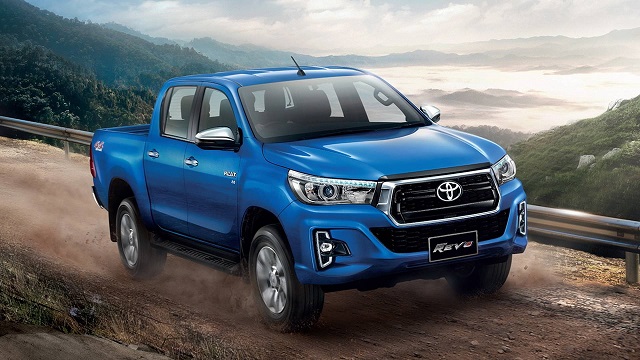 The version for the Thailand marker hasn’t brought the changes to the engine range. This will likely be the case for the other markets.

So, we should expect the 2019 Toyota Hilux with familiar engine options which will vary depending on the market. The 2.7-liter gasoline powered unit will be available and produce around 166 hp and torque of 181 lb-ft. Buyers will also choose between two diesel units. A 2.4-liter turbodiesel will make around 150 horsepower and torque will depend on the transmission option. More potent 2.8-liter turbodiesel will provide around 177 hp and torque of 332 lb-ft.

The 2019 Toyota Hilux should appear sometime in the second quarter of the year. We will know more details then as well as the new price which won’t change radically for the current versions.