The buyers in the US prefer the full-size pickup truck models and Ford dominates in this segment for decades. However, the mid-size class sells much slower and there the game leader is Toyota’s Tacoma pickup truck. The model sells better than GM’s duo of models and the uni-body Honda Ridgeline but the Ford Rangers is there again and could change the game rules.

The Tacoma was all-new for the 2016 model year and this brand doesn’t introduce radical upgrades between generations. Toyota already presented the upgraded TRD Pro version of the mid-size Tacoma for the 2019 model year and no more official upgrades announced. However, the talks circulating that Toyota could bring the diesel-powered version for the new model year. No commonest from Toyota yet about the rumored 2019 Toyota Tacoma Diesel but it would certainly be a welcomed upgrade. 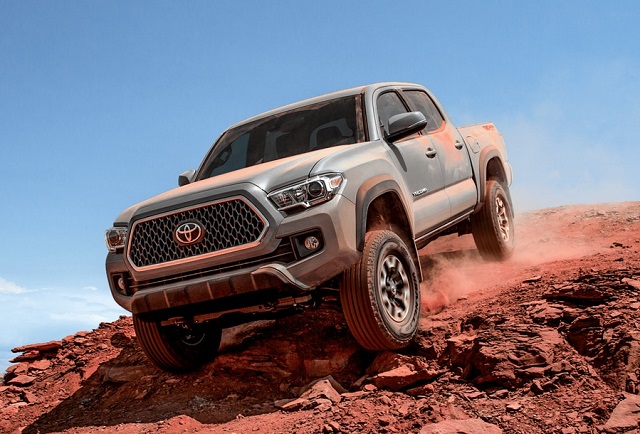 2019 Toyota Tacoma Diesel: What could be the engine solution?

Toyota already said that improved Tacoma TRD Pro will gain upgraded suspension with a 1-inch suspension lift and Fox internal Bypass Shocks. The suspension provides 8 bypass zones up front and 11 on the rear side. The TRD Pro version will also use a 31-inch Goodyear Wrangler Kevlar All-Terrain tires and new underbody protection. Toyota also confirmed the 3.5-liter V-6 engine and six-speed manual and automatic gearbox options for this version.  A 2.7-liter four-cylinder will also be a lower-grade option.

As for the 2019 Toyota Tacoma Diesel version, Toyota would use a familiar engine version from the global Hilux model as the industry speculations claim. The Hilux gained this modern-design diesel engine for the last redesign in 2015. The version adapted for the US market should appear in the Tacoma Diesel and come in the combination with the six-speed automatic gearbox. In the Hilux model, this engine provides 331 pound-feet of torque and 174 horsepower. The direct rivals from GM have a 2.8-liter Duramax diesel engine with slightly better ratings, 181 hp and 369 lb-ft of torque. Toyota would likely boost the performance of this engine if the rumors turn out to be true. 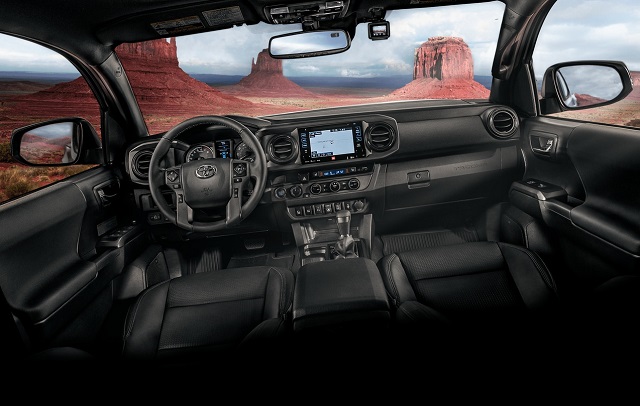 The 2019 Toyota Tacoma Diesel would likely be available in upper grades if it comes in the US. The styling of the model would be almost identical to the gas-powered equivalents and a few details would distinguish it. This version would be a great combination with the off-road proved TRD Pro trim and this top-tier version brings several styling modifications for the new model year.

The model will have unique dark-hued TRD grille version and black-accentuated headlights combined with the Rigid Industries fog lights. The unique Desert Air Intake system also improves the breathing of the engine while running on the dirt trails. Th rest of the lineup should appear with familiar styling cues and the diesel version would look very similar.

The cabin of the diesel-powered Tacoma won’t also look much different from the current form if this version appears. The model will come with brand’s latest Entune infotainment platform and all Tacomas run with the Toyota Safety Sense P package of the active safety systems. There would also be options like the wireless charging, navigation, JBL sound system, leather upholstery, heated seats, attractive textures and more.

No confirmation from Toyota about the 2019 Toyota Tacoma Diesel version. It would likely improve model’s standings further but it is just a matter of speculation for now. The diesel version would likely start around $30, 000 if it appears for the upcoming model year.