Toyota’s hot seller mid-size Tacoma continues the domination in the class among rivals like the Chevy Colorado, GMC Canyon, Nissan Frontier and Honda Ridgeline. The truck grabbed a total of 44 percent of the market share for its class in 2017 and is a 1 percent better in 2018 so far. Toyota is getting closer to 200, 000 sold units per year and had to expand the production capacities to meet the demands.

However, with the wave of the new mid-size models joining to the game, with the new Ford Ranger already here and Jeep Scramble to come, Toyota will soon have to react with the improved version. The Tacoma received the last refresh for the 2016 and should soon move to the new generation. The next redesign should be in 2019 or 2020.

Details about the all-new Tacoma which could join the game as the 2020 Toyota Tacoma are still very limited. Toyota will have to keep the price under the check but still to offer better capability and efficiency combined with the upgraded interior and tech features to stay relevant. 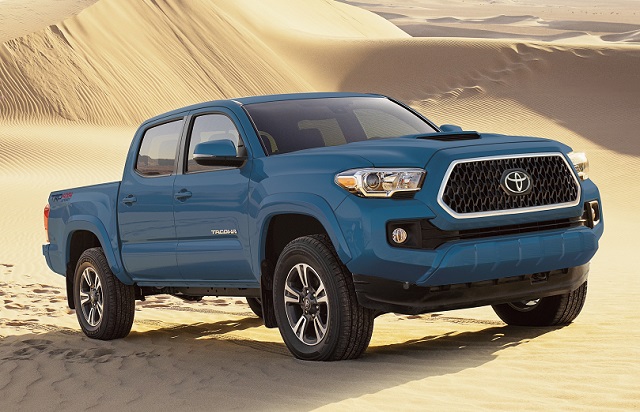 Toyota hasn’t been caught testing the prototype version of the 2020 Toyota Tacoma and no many details about the changes of the new generation model.

Based on the expectations and sources in the industry, the new version will follow the pattern of the recently redesigned pickup models. Toyota will improve the new Tacoma structurally and try to reduce the weight of the model with the use of the lightweight material mix. In the process, the model could also gain additional inches for better comfort.

Styling wise, the reports suggest that model will lose some of its ruggedness and come with a bit more modern styling. The reports suggest some of the styling cues from the global Hilux model could find the way to the new generation Tacoma. The new Hilux versions have more elegant and smaller execution of the Tacoma’s grille which also find the place on the redesigned RAV4 in the specific form. Other styling changes should include the new more elegant headlights, softened body lines and new taillights and tailgate.

The interior of the model will also go through the modernization with the improved materials and more sophistication across the range.

The new Tacoma will also gain the new dash design with the latest version infotainment system and larger center display. The model already offers the modern safety tech in every Tacoma and the next version will improve with the upgraded systems. 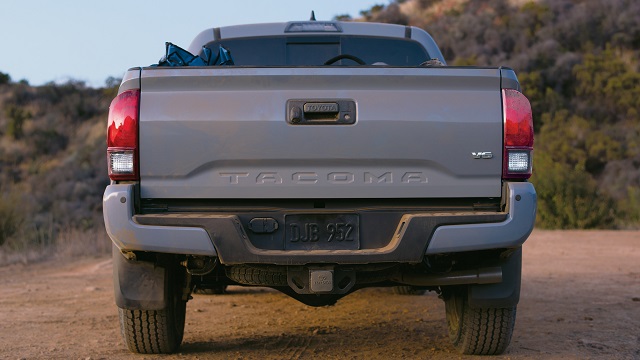 The new 2020 Toyota Tacoma will improve the performance and capability with the upgraded structure and mechanics.

The model will again deliver multiple engine options but no precise details about the future options. The new Tacoma will surely keep the four-cylinder and V-6 gasoline units but remains to see in what form they will appear.

Toyota could also offer the diesel option in the next-generation version according to some sources. The diesel engine from the global Hilux could be the solution as per some reports but revised to meet the demands of the new market. Toyota mentioned also that hybrid truck isn’t excluded as the possibility.

The new generation Tacoma will again be up to the expectations with the TRD branded versions for the off-road adventures.

The 2020 Toyota Tacoma should appear on the market late in 2019. The new-generation design and equipment should move the price slightly upper.